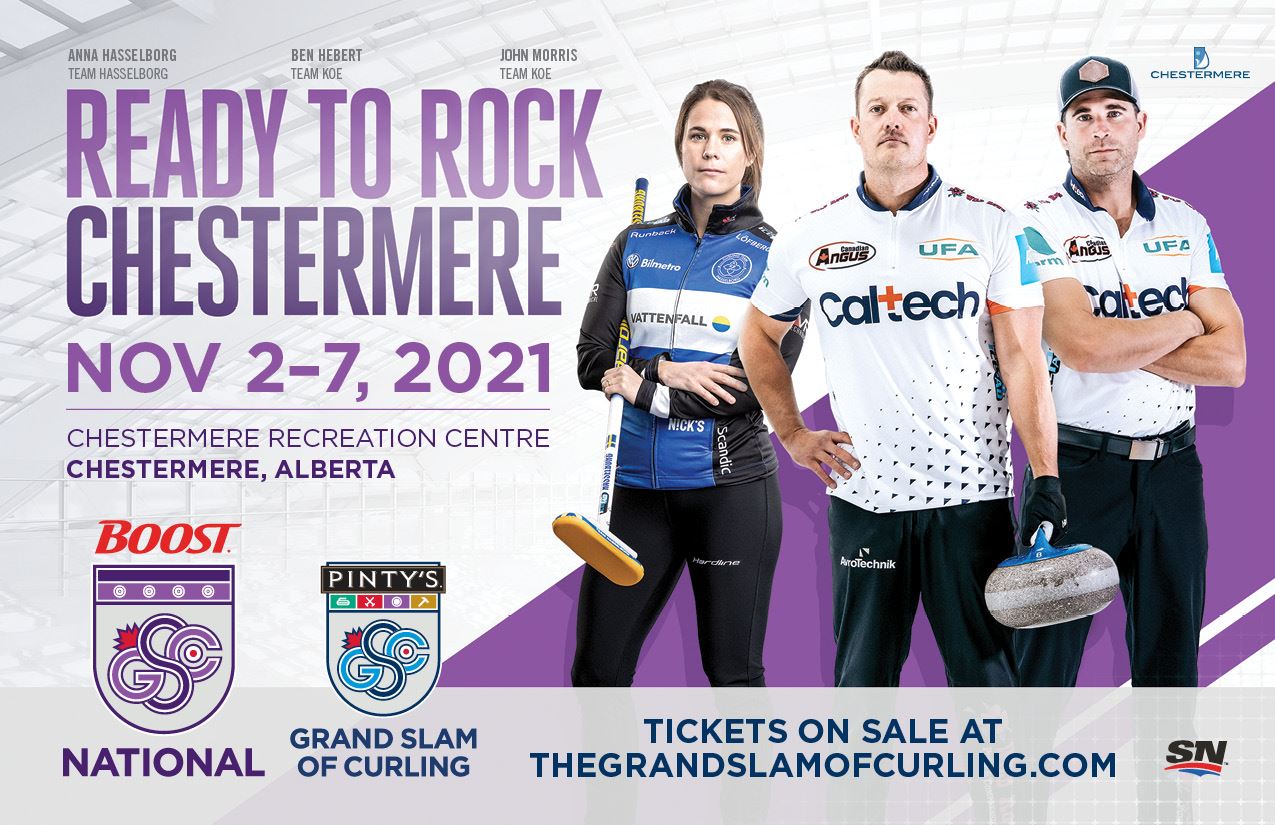 The City of Chestermere is pleased to announce that it will be hosting the BOOST National – the second event of the Pinty’s Grand Slam of Curling series – November 2 – 7, 2021.

The tournament was originally scheduled for December 2020 but was postponed due to the pandemic. Tournament passes and single draw ticket options for BOOST National are available now online.

“We are thrilled to finally be hosting the BOOST National here in Chestermere this November!” says Mayor Marshall Chalmers. “This is the first time we are hosting a curling event of this scale and we are excited to welcome the best curlers in the world to our community. We would also like to acknowledge the contributions of Olympic curler and local resident Ben Hebert, for helping to bring this event here.”

The BOOST National will feature the 15 best men’s and 15 best women’s teams from around the world and will take place at the Chestermere Recreation Centre. New for this year, the event will include a triple knockout preliminary round - a bracket format where teams must win three games before they lose three - to determine the eight teams advancing to the quarterfinals in both divisions. Triple knockout matches will be released at a later date. The 30 teams will compete, contending for a combined purse of more than $250,000.

Returning to the road this season, all Grand Slam events will be taking place in passionate curling communities across Canada. The full schedule is as follows:

In addition to the on-site curling action, Sportsnet, Canada’s #1 sports network,  will be live from the Chestermere Recreation Centre to produce national coverage of the BOOST National for curling fans coast-to-coast-to-coast across its TV and streaming channels.