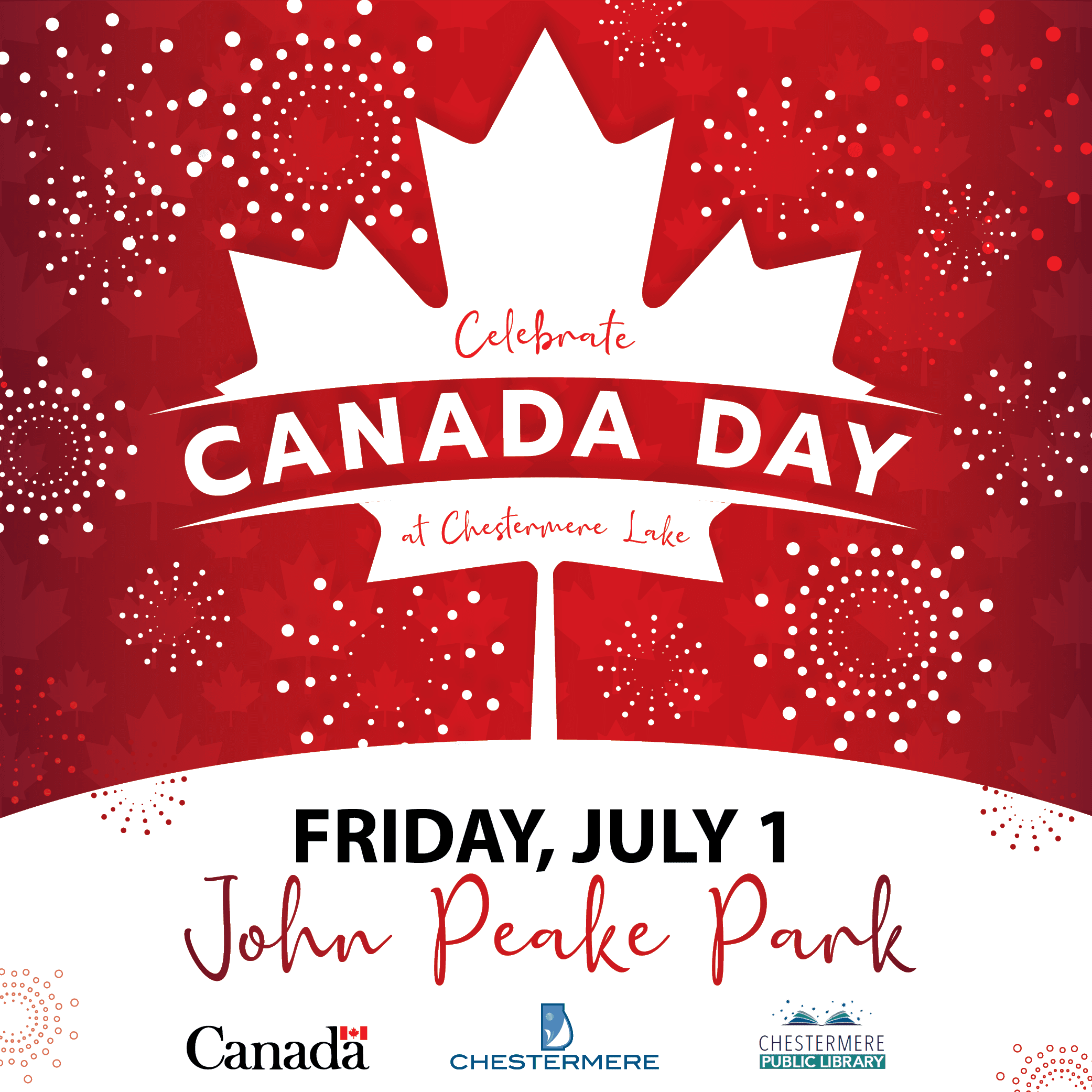 Trading Post Market Artisans & Vendors - 11 am - 4 pm
Grab some lunch or a snack from one of the fantastic food trucks from 11 am - 4 pm!

Stop by this year's Craft Beer Garden between 3 and 11 pm for a beverage from one of our featured breweries, distillery and cider house. Please note that Last Call will be at 10 pm. 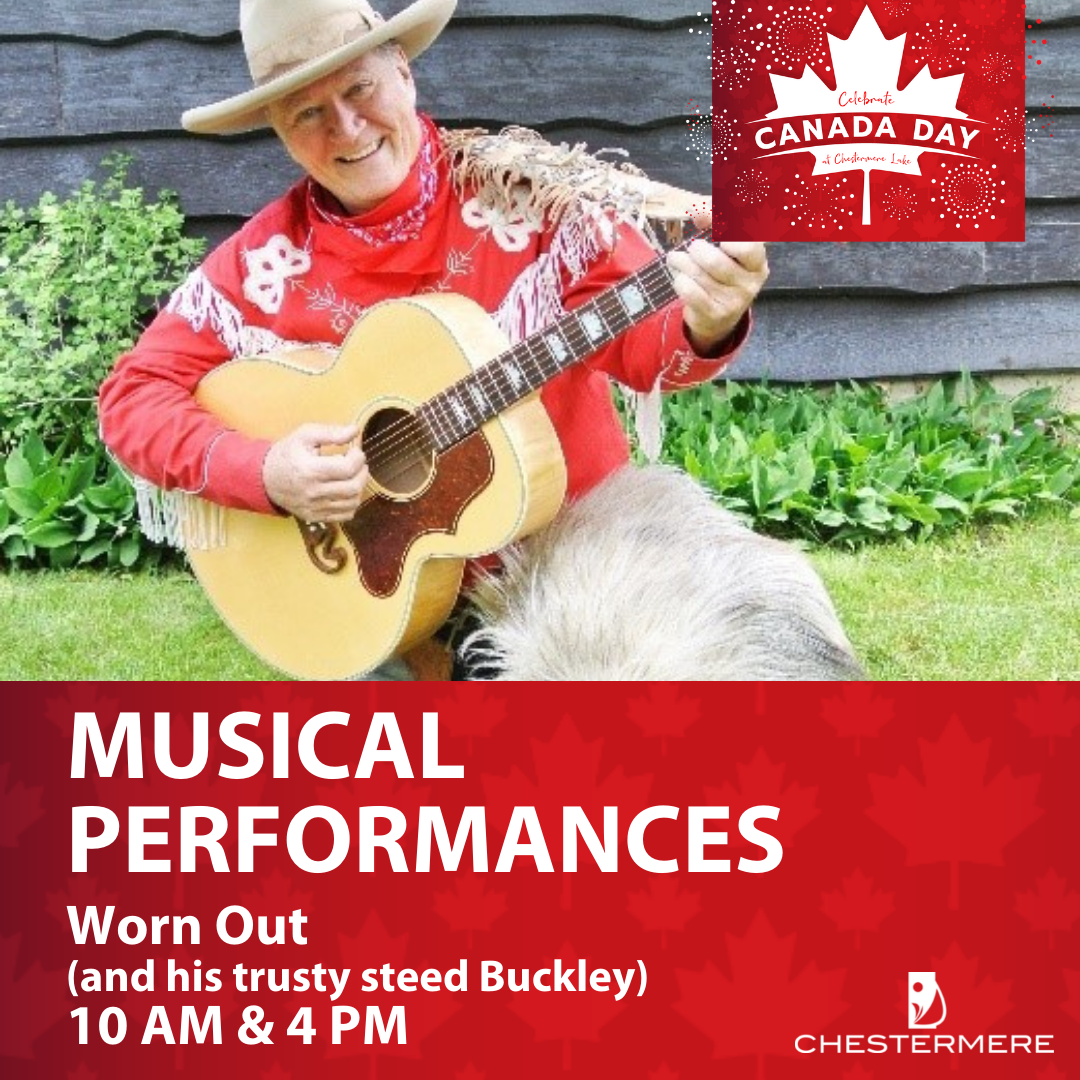 Worn Out (and his trusty steed Buckley) Formerly Haggard & Worn

Worn Out is a strolling cowboy who sings and plays the geetar.

Imagine timeless melodies of such western classics as, Back in the Saddle, Tumblin’ Tumbleweeds and Home on the Range, all with Buckley at his side.

Worn Out has been buffalo herded, whiskey tested and women trained! This cowpoke is the genuine article, and he takes his music very seriously. But that doesn’t mean he doesn’t love to tell stories and crack a few jokes, not to mention show off some of his impressive rope tricks. 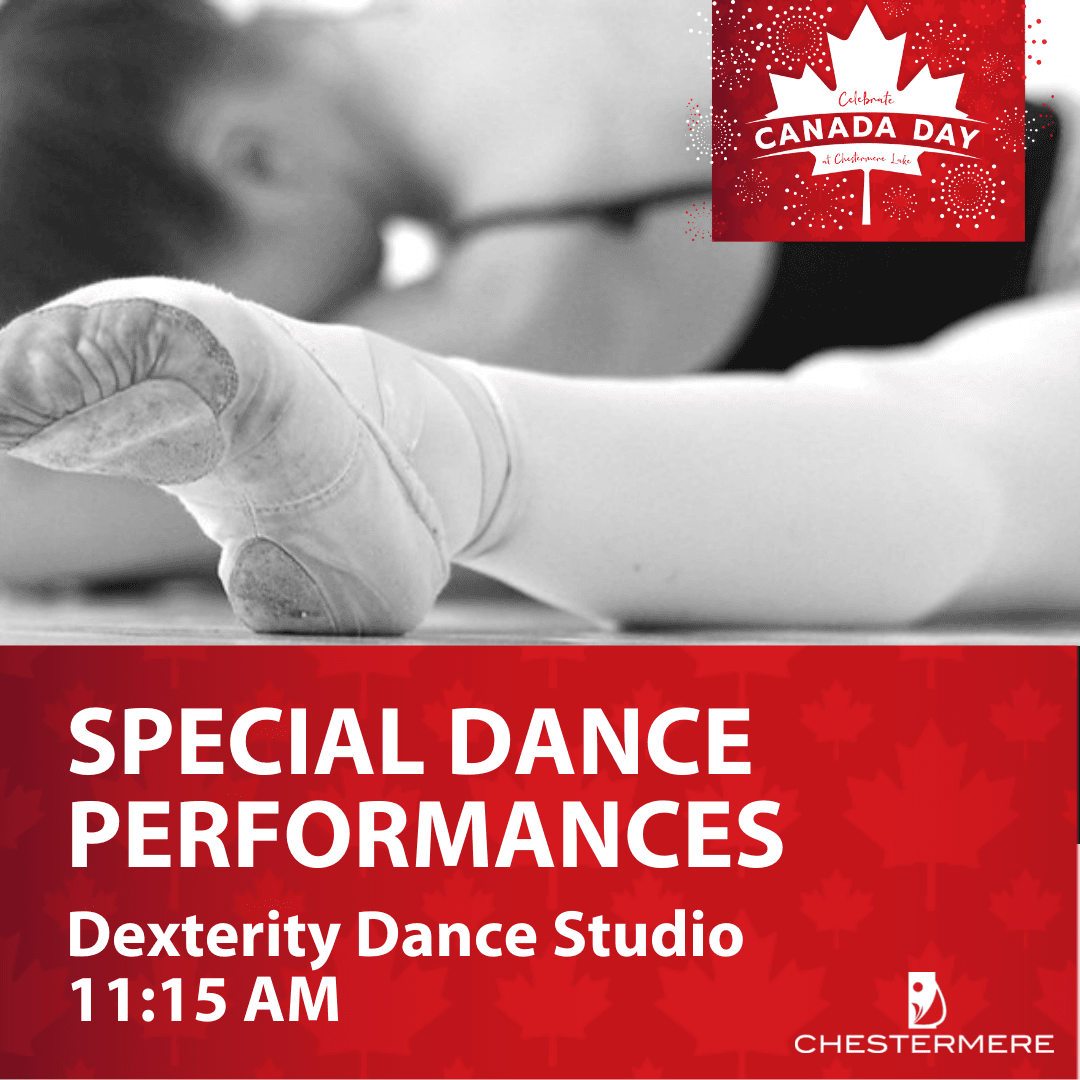 Dexterity had an exceptional season this year! They just finished up with their incredible year end show and have exceptional memories of a fantastic competitive season – winning many awards across the province.

This summer, Dexterity will host their Mermaid & Unicorn summer dance camp and then classes start again officially in September.

Dexterity Dance Studio will be there Friday with some very excited dancers aged 3-15. These Dex Dancers are thrilled to perform for you a few of their numbers from this past season. You will see multiple genres of dance and many smiling faces this morning. Enjoy! 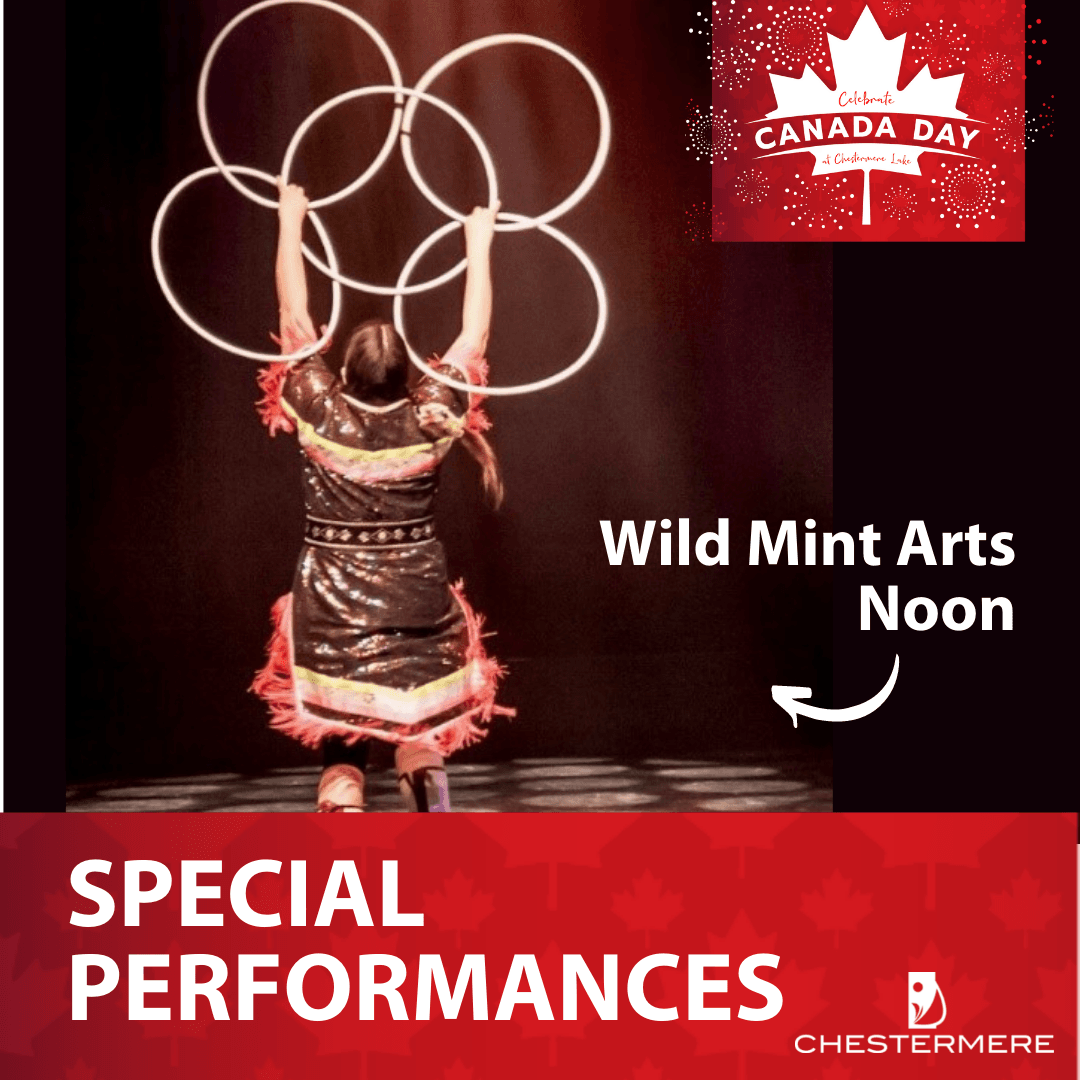 Wild Mint Arts is run by Jessica McMann (Cowessess First Nation) and Elijah Wells (Kainai Nation). Today, Jessica McMann is here to share her music and hoop dance with the community. She is a 2022 Western Canadian Music Awards Indigenous Artist of the Year Nominee, and was a nominee last year for the 2021 YYC Music awards as an Emerging Prophet and World/Cultural Recording of the Year. She has her MFA in Contemporary Art, works for the City of Calgary as Indigenous Curator for the public art program, and is a champion Jingle Dress dancer. 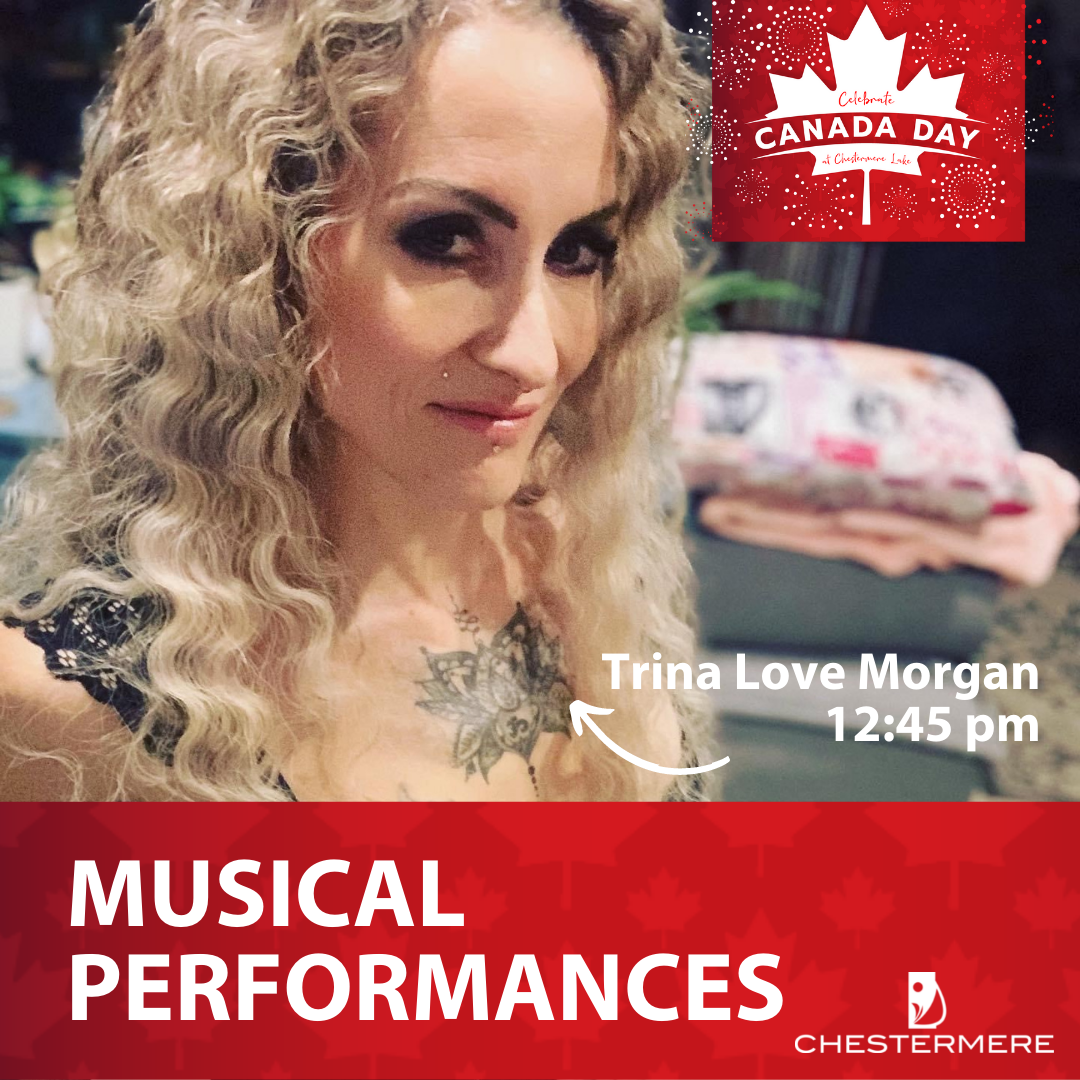 Trina’s dad began teaching Trina to play guitar at the age of 7. She started writing her own material at the age of 12 and continues to this day. Trina began performing in her dad's band (Young Country) as a lead singer and rhythm guitarist at the age of 11 playing around the Peace Country of Alberta for weddings, dine-in dances, anniversary parties, Royal Canadian Legions, etc.

When she was 18, Trina joined a local band called (Country Express) and took over the Peace Country gigs from her dad's band, adding local bars and pool halls to the mix.

At the age of 20, Trina left the music scene to move to Calgary. In 2004 Trina joined a local Calgary band (Session In Progress) that played in Calgary's Royal Canadian Legions, private functions, and pubs for many years.

Currently, Trina Love plays music, at her leisure, as a solo artist. You will find her doing more intimate performances these days in smaller venues, festivals, and locally in her community of Chestermere. 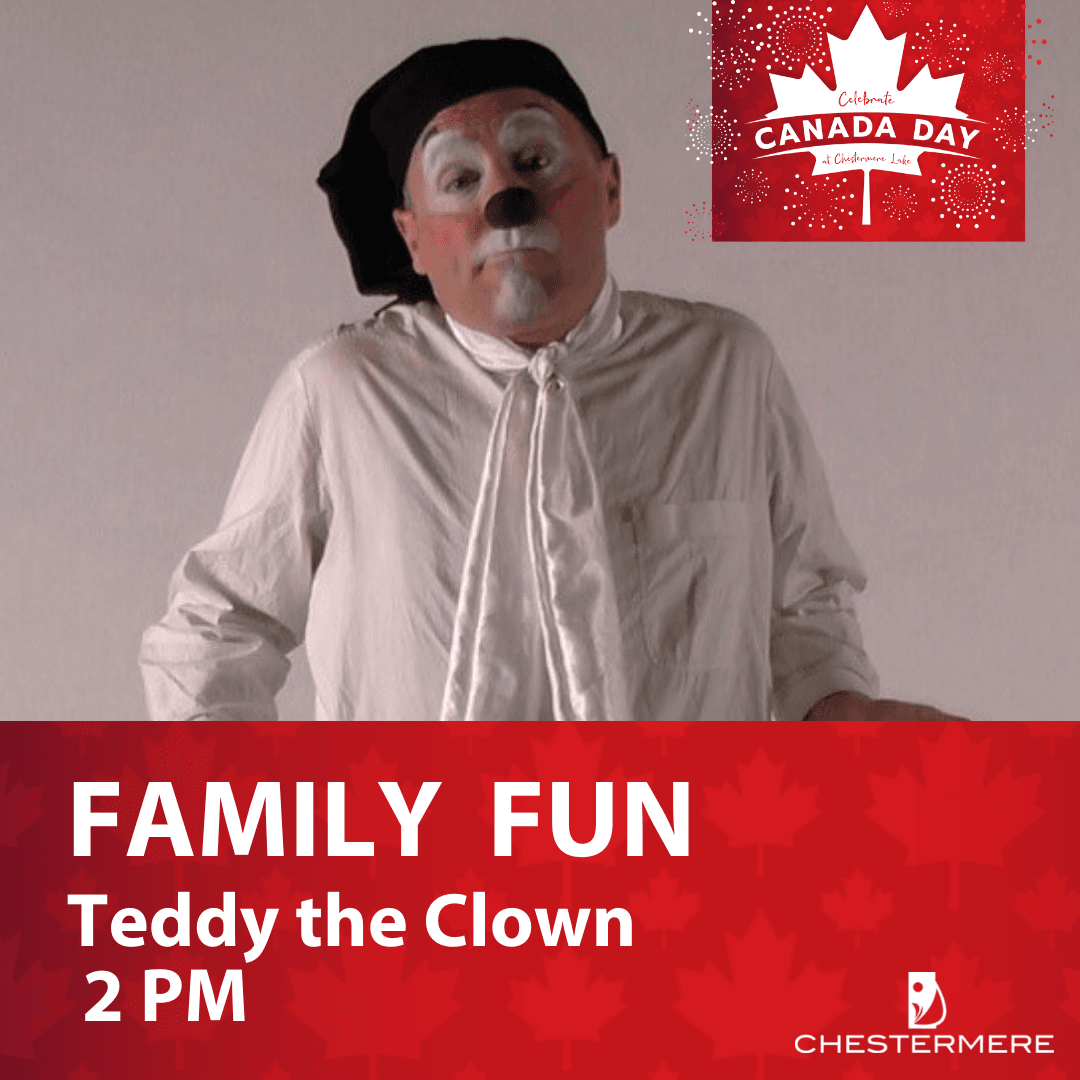 Original and charming “Teddy the Clown” creates a playful and fun environment for the whole family. A wonderful show for all ages! 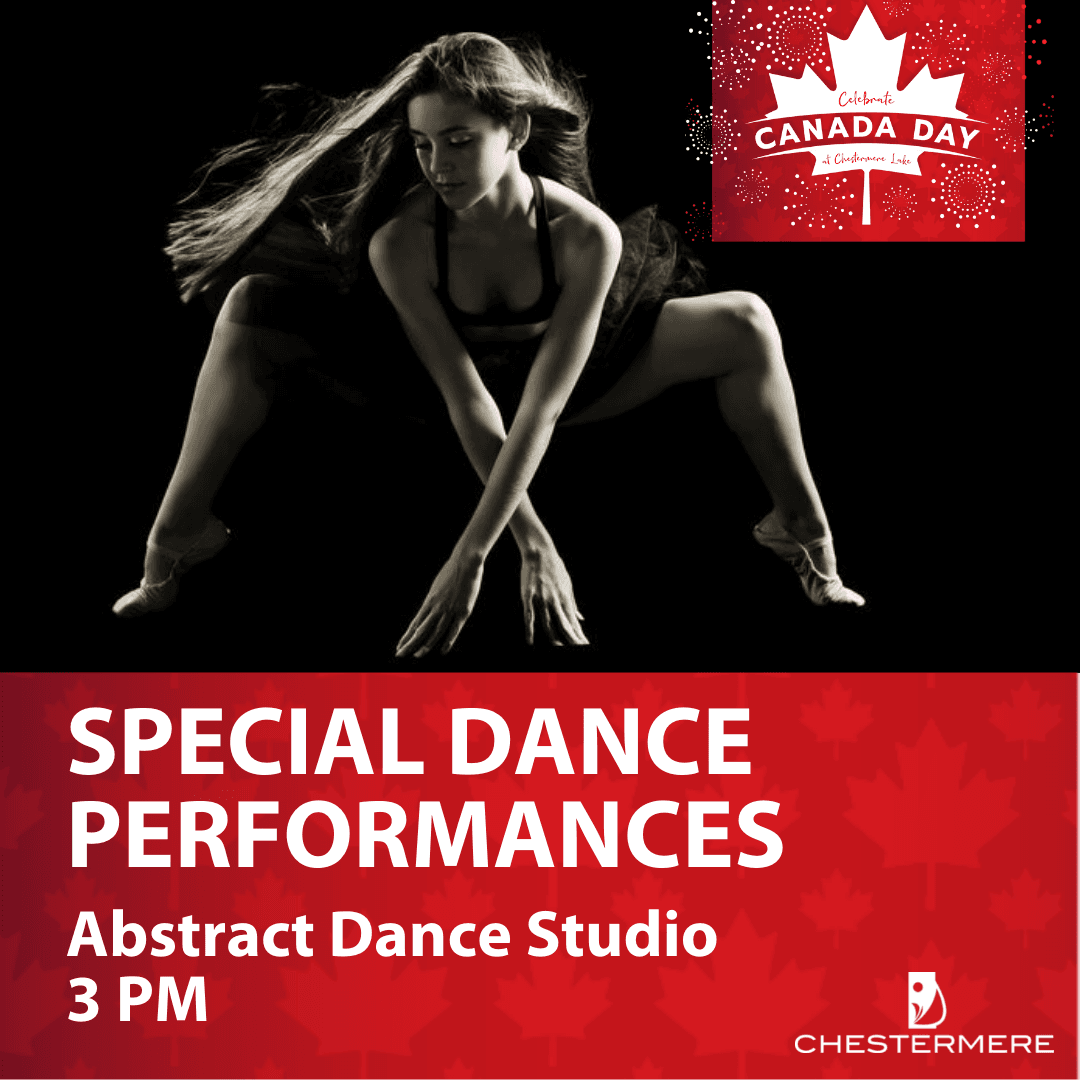 Abstract Dance Academy has been providing dance classes for kids of all ages in Chestermere for the last 26 years!

Dancers ages 11-16 will be performing Tap, Jazz, Ballet, and Lyrical numbers Friday afternoon, which is just a small sample of what is offered at the studio located in West Creek. Abstract offers a variety of classes for recreational and competitive dancers starting at age two.

Dancers had a successful 2022 competition season winning a variety of awards at the four competitions we attended this spring and had so much fun being back on stage. Abstract wrapped up another amazing year with our annual yearend spring recital on June 19. We are looking forward to dancing with Chestermere and surrounding area families again this fall.

Abstract Dance Academy is excited to be a part of this year’s Canada Day Celebrations and would like to thank the City of Chestermere for this performance opportunity. 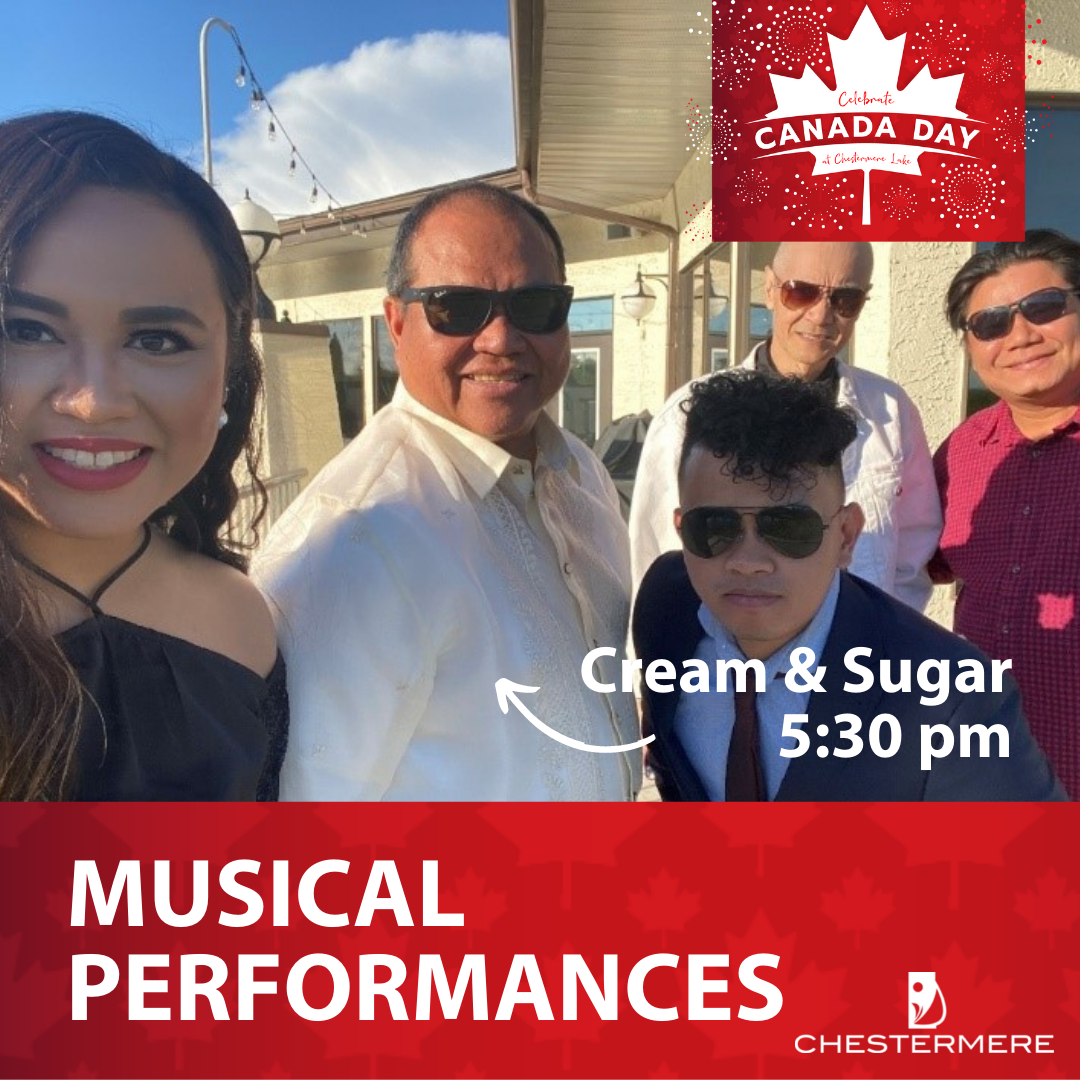 Known to be a versatile band playing a wide range of music, Cream and Sugar band was born in the winter month of January 1990 at Waldorf Hotel Drumheller, Alberta. It was during a weekend gig where the band members sat together at the Hotel’s restaurant enjoying their time together and excitedly waiting for the hour till they got to play. The waitress had asked what the name of the band was while Joy Velasco, the founder and owner of the band, was tending to his coffee. Proceeding her question, Joy had requested for cream and sugar, but instead, the waitress had misinterpreted Joy and thought that the band’s name was ‘Cream and Sugar.’ The group had a good chuckle, but then realized that it was a good fit for the band and decided to carry on with the name. It was at that moment, Cream and Sugar band came to life.

Since then, Cream and Sugar band became a dance band where they were able to and still currently are playing in and around Calgary. They have also travelled to the Northwest Territories and British Columbia, bringing life to the dance floor.

After a good number of years playing together, the original members of Cream and Sugar band had split to pursue other dreams and work around Calgary and out of the province, making Joy, the only original Cream and Sugar member standing. Joy decided to carry on with the name of the band pursuing his love for music through solo, duo, trio, or full band performance. Till this day, many people come watch, dance, and appreciate the live music.

Cream and Sugar band comes as a one piece to a four-piece band depending on the need or request of the client(s). At present time, the band consists of four members and some fill-in musicians that unite together to bring forth types of music people love. 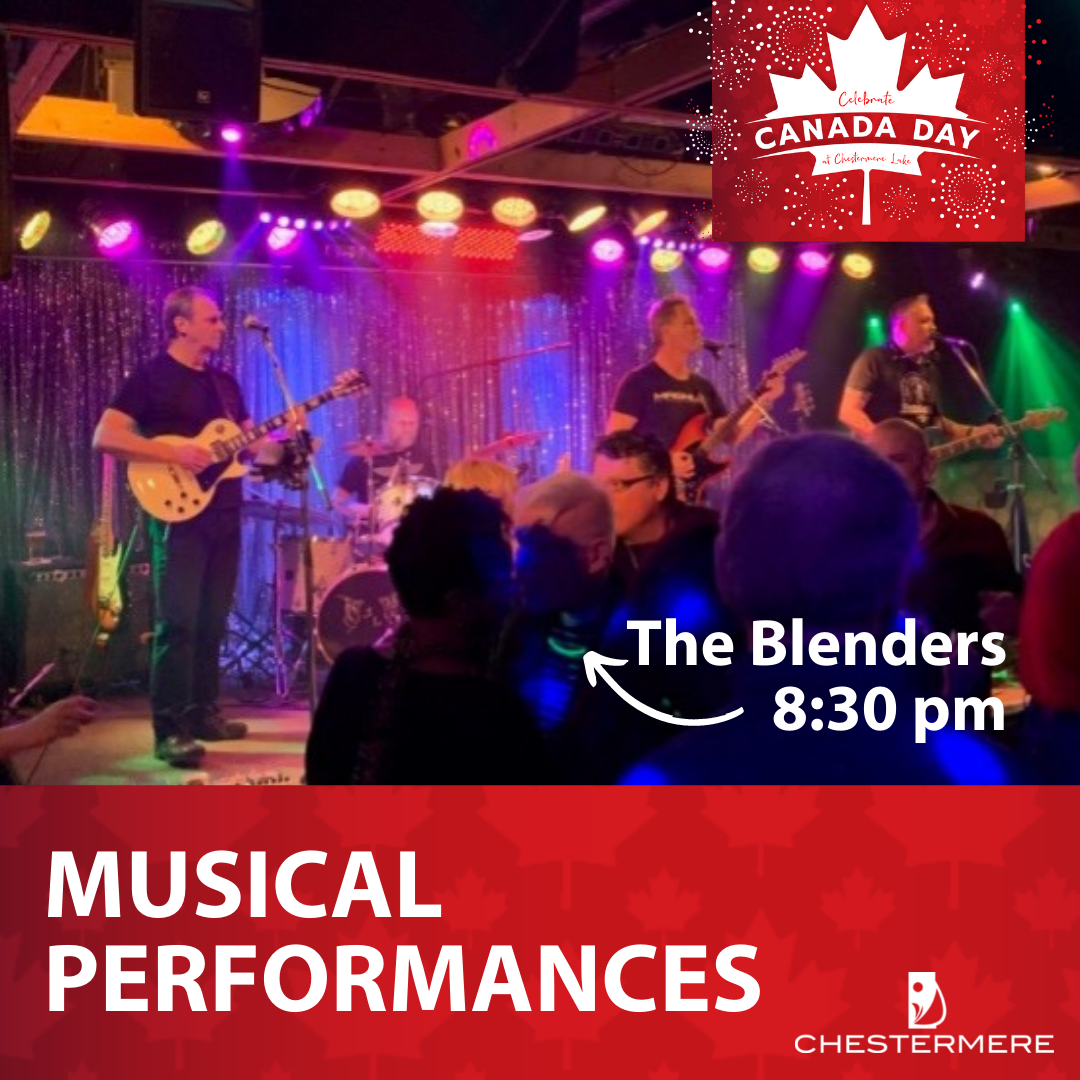 Blair Supple - Guitar/vocals Chestermere resident for the past 17 years!

Jim Llewellyn - Drums/vocals. Jim is a very talented drummer with exceptional taste. He has played drums/vocals on many albums.

Bill Cross- Vocals/harmonica. Bill is an accomplished player on many levels.

Peter Birkness- Keys/vocals. Peter has played the Calgary music scene for many years.