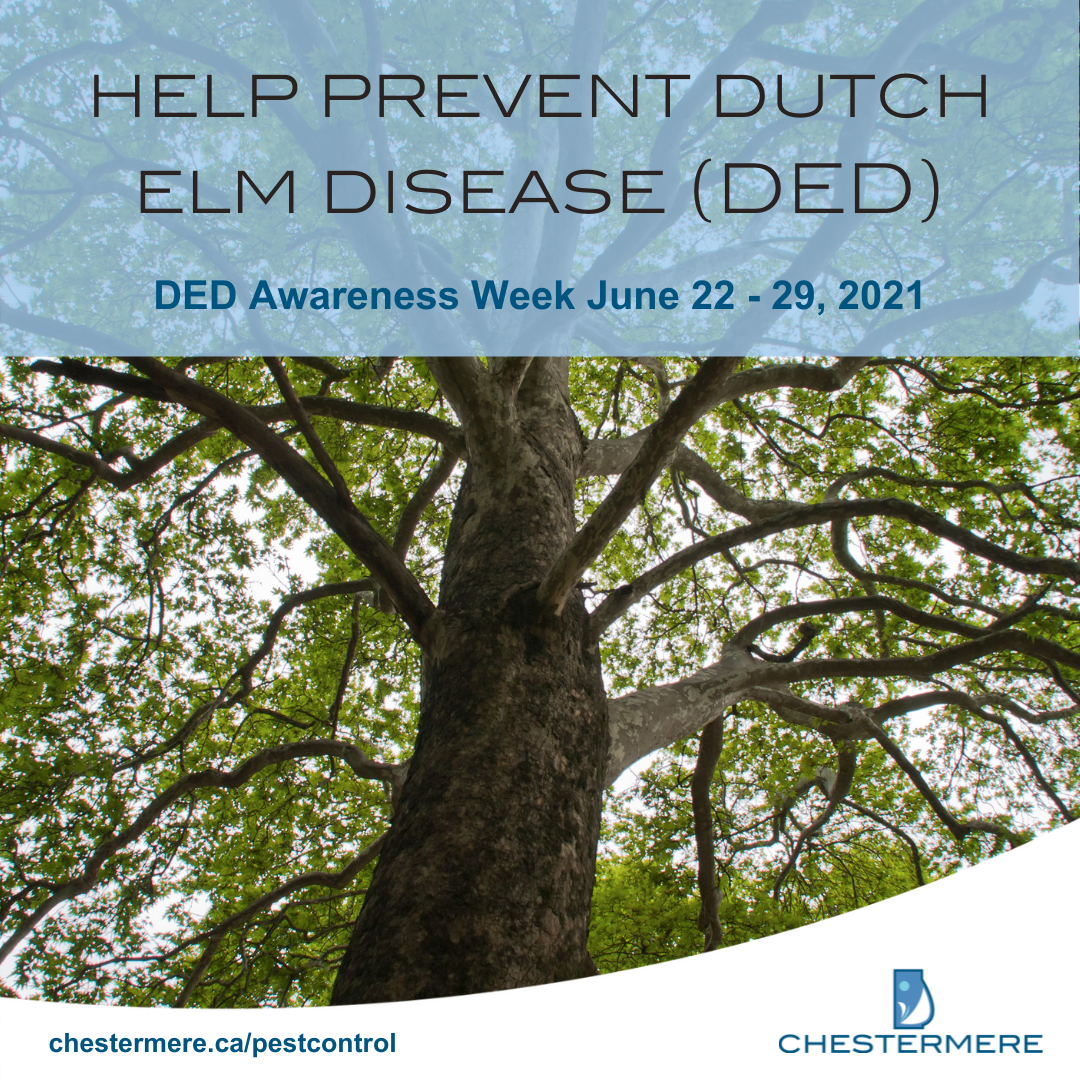 The City’s Parks Team is asking the community to help protect our population of elm trees from Dutch Elm Disease (DED).

DED is caused by a fungus that clogs the elm tree's water-conducting system, causing the tree to die. The fungus is primarily spread from one elm tree to another by elm bark beetles. What can you do to help?

The City of Chestermere follows the Integrated Pest Management practice (IPM), along with all other federal and provincial government acts and legislation, including but not limited to; Weed Control Act, Pest Control Products Act, Environmental Code of Practice for Pesticides, Pesticide Storage Regulations etc.

In 2016, Chestermere was declared Western Canada’s first Bee City. There will be a reduction or complete removal of pesticides that have been known to be harmful to the honey bees.

The City puts up signage immediately before any pesticide application with all vital information.

More information on pests and diseases affecting trees and shrubs and other areas in Chestermere:

For more information on any of these Maintenance items, contact the City's Parks Department at parknrecreation@chestermere.ca or call (403) 207-2807